Budapest is a city that enjoyed great fame and unrivaled status in the 19th century and onwards. Proud of their heritage, the city still boasts of its vast plazas and grand palaces; as well as its pioneering engineering in its day like the subway and suspension bridge.

Naturally it wasn’t difficult to find iconic landmarks for Stephen and Kharissa to use as backdrop, but I found the day to day cityscape more interesting. A tram track rolling next to Danube provided the perfect foreground to complement the Parliament and Chain Bridge; similarly the City Park gave the Heroes Square more subtlety. 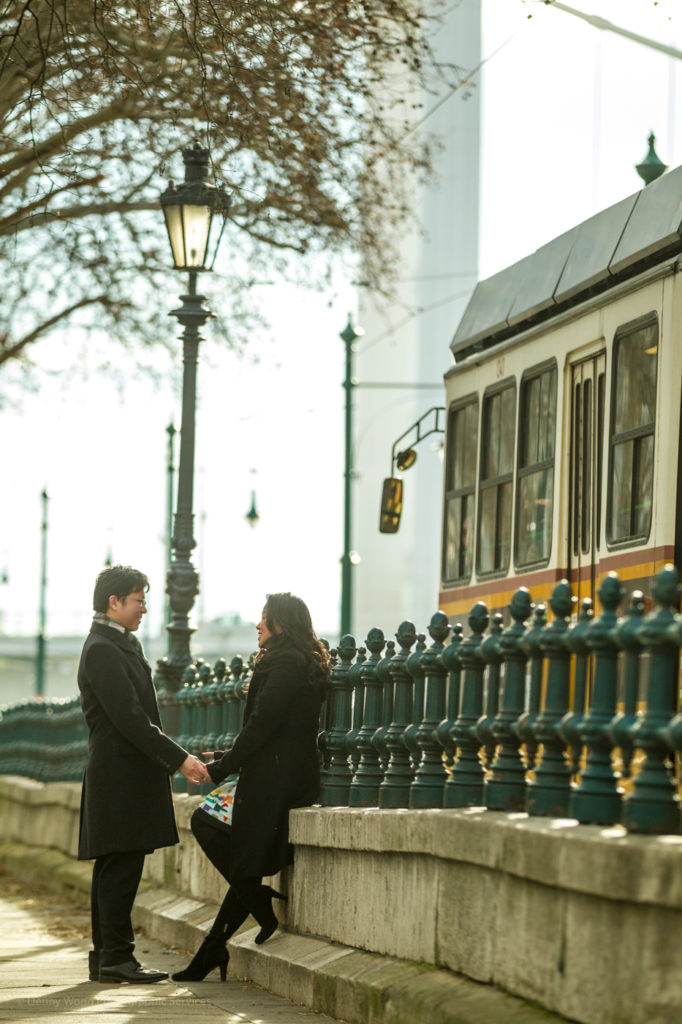 Classic lamp post, a passing tram and the Elisabeth Bridge as a background – a picture of the modern Budapest.

I wish I knew better this majestic city so that I can portray it with more richness – but for a glimpse that we afforded in it, we certainly recorded some good memories for Stephen and Kharissa to reminisce for years to come.

This site uses Akismet to reduce spam. Learn how your comment data is processed.